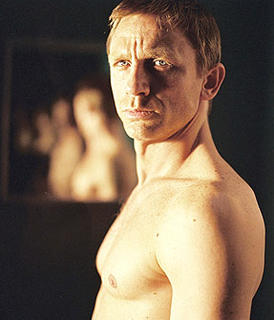 This makes me wonder who the next female co-star will be... and more importantly... what will her name be?

We all remember some of the good ones from the past: Pussy Galore, Xena Onatopp, Mary Goodnight, Dr. Holly Goodhead, Honey Ryder, Plenty O'Toole, Countess Lisl von Shlaf, Octopussy... the list goes on.

But what will the new one be? Any guesses? Maybe the British double agent Anita Goodrub? Or the Russian Ice Princess Ivana Eetchu? Or maybe the deadly Chinese assassin Fukyu Longtime?

I am so disappointed I was hoping for Clive Owen for the next Bond.

Ok. But how about a BondGirl name?

On another note. This guy looks lame. Too bad.

I agree... his first press outing didn't go all that well either... Oh well...