Wow! Incredible news! Did you know that Nessie's cousin lives in Turkey in Lake Van!? Check it out here.
Posted by James at 11:03 a.m. 1 comment:

Last night Ferda and I made a tasty dinner and rented a couple movies: The Holiday and Casino Royale. Both movies were great and we enjoyed them very much - both get the Pimpson stamp of approval.

So anyway, during the movie, out of nowhere, Ferda says to me, "I just want to hit you across the back of the head with a french baguette."

I really don't know why she said this; perhaps it is a Turkish saying or something. I didn't really know how to reply, so I said:

"Why french? Other counties make baguettes you realize."
Posted by James at 8:34 a.m. 3 comments:

Leaf's Attempt at the Cup 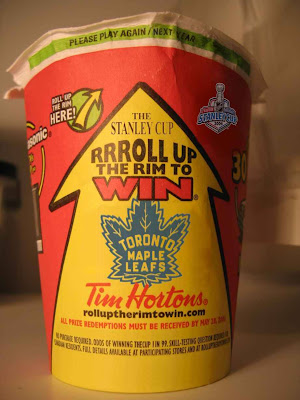 Stickin it to Oshawa


James says: so how did you celebrate Stephen Colbert Day?

Jamesmo says: I robbed a local convenience store and then fathered several children out of wedlock

Alright - prepare yourselves. Because this is the biggest of them all.

Jmo and I tested this out at work on Tuesday, its working fine and quite fun. Let me know if you have problems or if you are interested in a match.

Check out this video for a new movie called Black Sheep. Can anyone tell me what the genre of this is supposed to be? Seriously?!?!

Just when I thought I had nothing to blog about - Ferda randomly comes across an interesting Turkish documentary on the documentary channel. So we watch it through, and it was pretty cool.

It was actually specifically about Turkish music, so Palmer, this is for you:

One of Turkey's most famous musicians (and actors!) is Orhan Gencebay - who even has his own IMDB page. Here he is: 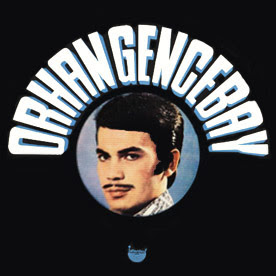 Apparently he has recorded more one thousand albums (literally!) and has appeared in numerous movies with this exact mustache! Awesome. After watching this show, I thought to myself: Self - you must blog about this.

He plays a guitar-like instrument called a saz - and he plays it very well. The one he played for the documentary was more than 30 years old and he called it Orhan Baba - or Daddy Orhan. Awesome. It only had three strings as far as I could tell, and it sounded great.

And might as well do a quick catch up, not much is new. We are keeping busy with work and whatnot - enjoying being indoors on cold days such as today was with -40 degree weather! Yay Ottawa!
Posted by James at 9:37 p.m. 6 comments: